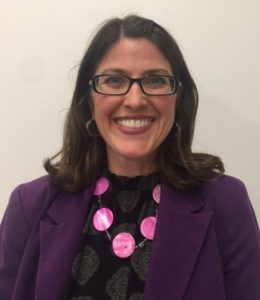 Arbora Johnson was appointed to the Commission on the Status of Women in 2019. She is a feminist, progressive activist, and impact investor with a focus on investing in women. She recently began working as a political consultant after years of grassroots volunteer work with progressive and Democratic groups, including volunteer roles with NARAL and Planned Parenthood as well as the founding of networking groups for working moms. Arbora previously worked in international business for 20 years, with roles in M&A, business development, and strategic planning. She is also an angel investor in women-led impact firms through the venture fund Rethink Impact and the angel network Next Wave Impact. Arbora was a Presidential Management Fellow and is a member of Cap & Gown Women’s Honor Society.  She is a graduate of Stanford University with an A.B. in International Relations and holds a Masters’ of Global Policy and Strategy from the University of California at San Diego. She moved to the Dominion Hills neighborhood of Arlington in 2002, and still lives there with her husband, Jeff Coughlin, and their three kids. She volunteers with Girl Scouts, the Arlington County Democratic Committee, AFAC and Arlington Public Schools (Ashlawn, Swanson, W-L).

In 2015, Caroline was selected for the University of Virginia, Sorensen Institute’s flagship Political Leaders Program.  This leadership development program is for residents of Virginia interested in becoming more active in public service, whether as community leaders or as elected officials.

Caroline holds a Juris Doctorate from Mercer University, Walter F. George School of Law, and is a member of the State Bar of Georgia. While at Mercer, Caroline was the president of the Association of Women Law Students and was selected from more than 1,500 graduates of Mercer’s ten colleges and schools as the recipient of the Griffin B. Bell Award. The award is presented to one student each year for demonstrating outstanding public service. She obtained her Bachelor of Arts degree in Sociology and Women’s Studies from Augusta State University.

Caroline has extensive experience working with community service organizations that support survivors of sexual and domestic violence. In 2012, she founded Rally Against Rape and Sexual Assault – a grassroots, community-action project dedicated to combating sexual violence and raising awareness about the prevalence of rape and sexual assault in Northern Virginia. Caroline is credited with organizing the first Northern Virginia Take Back The Night, which is now an annual event. Today, Rally Against Rape is supported by community members, businesses and organizations, anti-rape advocates, and political leaders who want to live and work in communities free from sexual assault, rape, and other forms of violence.

Caroline has served as an advocate with the D.C. Rape Crisis Center and as a clinic escort with the Washington Area Clinic Defense Task Force. Caroline lives in Arlington with her husband, John-Alex Romano, and their son, Theodore. 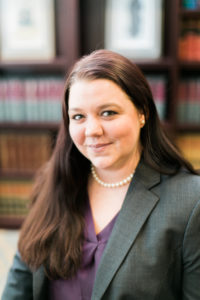 Meg Patterson is an attorney with Compton & Duling, LC, practicing in the areas of family law. Outside of the courtroom, Meg serves as Regional Co-Director for Destination Imagination, a non-profit which hosts tournaments for students to compete in STEAM-based challenges. She also serves on the Alumni Board of Directors for the University of Georgia School of Public and International Affairs. She is an alumna of the University of Georgia and Duke Law School. Meg was appointed to the Commission in 2016 and currently serves as Secretary.

Marguerete Luter is President and owner of The Process Pro, an LLC fueling organization growth strategically and tactically through focus on strategic planning, business process, organization development and operations. Previously, Ms. Luter held significant positions with Unisys Corporation. Most recently, she was the Vice President, Global Bid Management for the Global Outsourcing and Infrastructure Services business unit. She was accountable for pre-sales processes, effectiveness and costs on a worldwide basis. She led this capture organization in its mission to provide global structure, processes and resources to qualify, design, price and cost client-centric, marketplace-competitive, integrated solutions based on the Outsourcing and Infrastructure Services portfolio. Marguerete has a Master’s degree in guidance and counseling from the Catholic University of America in Washington, D. C. She is a Past President of Women in Technology where she has served many years on the Board of Directors and as Chair of the Mentoring Program. In 2003, Marguerete received the Women in Technology ‘Champion’ Leadership award.  She also serves on the Boards of the Virginia High Tech Partnership, and theLupus Foundation Greater Washington Chapter. She has a personal commitment to the development and advancement of African American women and men, and has worked with and supported a variety of organizations that have this focus. 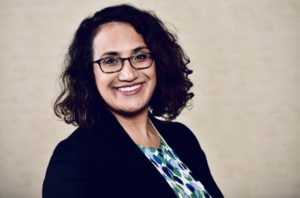 Azadeh Meshkaty was appointed to the Arlington County Commission on the Status of Women in 2016. Ms. Meshkaty is a Senior Consultant with Deloitte & Touche LLP, providing strategic and reputation risk services to the government and public sector. With a focus on data analytics, risk intelligence and program performance, Ms. Meshkaty works diligently to reduce vulnerabilities to and improve the effectiveness of federal organizations and agency grant programs. To her role as Commissioner, she brings her long-standing passion for the intersectional challenges of gender inequality, and improving the lives of women workers and working families. Between 2011 and 2016, Ms. Meshkaty served as a consultant to the Department of Labor Women’s Bureau on a series of projects. The topics ranged from promising equal pay practices in the public and private sectors; to women’s employment rights; to the barriers to competitive employment and pay for women with disabilities. Important to the research was understanding how the conditions, barriers, opportunities, and outcomes varied when accounting for different characteristics, whether they be race/ethnicity, disability, marital status, parenthood, socioeconomic status etc. Her final project with the Women’s Bureau was managing the development of a publication on the status of women workers in the United States that would offer analysis on trends and issues facing women workers over the past 20+ years, the progress made or the lack thereof. The research and analysis addressed labor force participation, patterns in occupation and occupational segregation, wage gap and poverty, patterns in industry, women’s business ownership, shifting dynamics of family structure, the effects of an aging population, the role of education and training, occupational safety and health, and the landscape of legal rights and legal developments.